WASHINGTON, D.C. — (TRI) Warning that the government must not be given the power to criminalize speech it deems distasteful or annoying, The Rutherford Institute has asked the U.S. Supreme Court to stop the prosecution of a Texas man who faces up to one year in jail and a $4000 fine for sending emails to police criticizing them for failing to respond to his requests for assistance.

In an amicus brief filed with the Supreme Court, Rutherford Institute attorneys argue that the prosecution of Scott Ogle for sending complaints to a sheriff’s office, including one email stating that officials were “pissing” on the Constitution, violates the First Amendment’s safeguards for freedom of speech and the right to petition the government for a redress of grievances.

Moreover, Institute attorneys argue that the Texas law under which Ogle was charged, which makes it a crime to send “annoying,” “alarming” or “harassing” electronic messages, is so overbroad that it could be used to punish a negative review of a restaurant posted online or caustic Facebook posts.

END_OF_DOCUMENT_TOKEN_TO_BE_REPLACED via Activist Post – A tragedy in Florida unfolded Wednesday afternoon when a psychotic former student terrorized a high school and the nation as he walked into the school and began shooting and killing students. The terrorist shooter killed 17 people.

It is no surprise that the hashtag #GunReformNow is already trending on Twitter as politicians and advocacy groups alike—like every time before—begin milking this tragedy for their political agenda.

Sadly, most people who call for gun control to realize what that actually means—only the government has the guns.

END_OF_DOCUMENT_TOKEN_TO_BE_REPLACED

An interactive online fitness tracking map published in November of 2017 which compiles a running history of the location and routes of 27 million fitness-device users has unwittingly revealed the location, staffing, patrol routes and layout of U.S. and foreign military bases around the world.

San Francisco based fitness company Strava posted their “global heatmap” to their website, containing two years worth of fitness data across several fitness devices such as Jawbone and Fitbit. The map is not live, rather, it is a composite of overlapping routes.

In most urban areas such as major cities such as New York, Strava’s map appears as solid neon lights following just about every road on which one might exercise.

HEAVY snow has covered the Sahara Desert in a freak winter weather storm.

via Express.co.uk – By Helen Barnett

More than 15 inches (40cm) has blanketed sand dunes across the small town of Ain Sefra, Algeria.  It is the second time snow has hit in nearly 40 years, with a dusting also recorded in December 2016.But this snowfall which hit yesterday, is much deeper than the fleeting shower little more than a year ago.  Locals, who endure temperatures of 37C in summer, were stunned as dense snow settled on the town, known as ‘the gateway to the desert’.

END_OF_DOCUMENT_TOKEN_TO_BE_REPLACED

Adding to the pressures on bitcoin early this morning, the Sydney Morning Herald reported that bitcoin users across Australia are reporting that their accounts have been abruptly frozen by the country’s “Big Four” banks. And while the banks have remained largely tight-lipped about the closures, many angry account-holders are jumping to conclusions and blaming the banks for punishing them because of their involvement with bitcoin.

Bitcoin investors are claiming Australia’s banks are freezing their accounts and transfers to cryptocurrency exchanges, with a viral tweet slamming the big four and an exchange platform putting a restriction on Australian deposits.

END_OF_DOCUMENT_TOKEN_TO_BE_REPLACED

The debate is over. NY Times and CNN are nothing but pure propaganda pic.twitter.com/0jnF76cHqf

via ZeroHedge – Former FBI Assistant Director James Kallstrom spoke to FBN’s Stewart Varney to discuss recent bombshells concerning the FBI, whose top brass has been conducting a highly politicized witch-hunt of President Trump on behalf of the anti-Trump establishment, while protecting then-candidate Hillary Clinton from criminal charges related to her email investigation, Clinton Foundation involvement in pay-for-play schemes, including a farcical probe of the Uranium One scandal.

When asked about morale at the FBI towards the end of the interview, Kallstrom dropped a very interesting breadcrumb:

END_OF_DOCUMENT_TOKEN_TO_BE_REPLACED

via ZeroHedge – South Africa’s ruling African National Congress gushed a double whammy of capital-flight-creating rulings this afternoon. The Rand is tumbling on Bloomberg headlines that the ANC is said to seek constitutional changes for land expropriation (from whites) without compensation, but perhaps even more worrisome, the ruling party has decided that the Reserve Bank must be wholly owned by the state:

Enoch Godongwana, head of the party’s economic transformation committee, told reporters that ANC’s National Executive Committee will seek an amendment to the constitution to allow for land expropriation, noting that the confiscation must be sustainable and mustn’t damage economy and food production.

END_OF_DOCUMENT_TOKEN_TO_BE_REPLACED

In the “post Weinstein” world we now find ourselves in we have seen dozens and dozens of prominent figures in Hollywood, politics, and the media be accused of a wide range of sexual attacks on women.

From groping all the way to rape, powerful establishment figures are being outed as sexual predators across the country, with the mainstream media declaring that all accusers must, at least initially, be believed.

Amazingly, at the same time, mainstream media talking heads have either specifically ignored the numerous allegations against Bill Clinton or actually claimed that his accusers are discredited and cannot be believed. (Keep in mind all other accusers are automatically assumed to be telling the truth.)

With that being said, it was only a matter of time before that dam broke as well and now, with a series of explosive comments by an Obama and Clinton ally, one can hope that Bill Clinton may finally be brought to justice with Hillary forever shamed for her role in attacking the women who came forward.

END_OF_DOCUMENT_TOKEN_TO_BE_REPLACED

via ZeroHedge – Score one for the poetic irony pages.

Two months after JPMorgan CEO Jamie Dimon lashed out at bitcoin, calling it a “fraud” which is “worse than tulip bulbs, warning it won’t end well”, will “blow up” and “someone is going to get killed” and threatened that “any trader trading bitcoin” will be “fired for being stupid” as it was merely a tool for money-laundering, today Swiss daily Handelszeitung reported that the Swiss subsidiary of JPMorgan was sanctioned by the Swiss regulator, FINMA, over money laundering and “seriously violating supervision laws.”

As the newspaper adds, the Swiss sanctions relate to breaches of due diligence in connection with money laundering standards. In other words, JPMorgan was actively aiding and abeting criminal money laundering.

END_OF_DOCUMENT_TOKEN_TO_BE_REPLACED

Corey Feldman has named one of his alleged abusers after promising to out Hollywood’s “pedophilia ring.”

The 46-year-old actor accused his former assistant Jon Grissom, who later had bit roles in several movies, of molesting him in the ’80s.

On “Dr. Oz” Thursday, Feldman called the LAPD to file a report against Grissom, who appeared in “License to Drive” and “Dream a Little Dream.”

“This guy on his Myspace page and his Facebook page has got pictures of me and Corey Haim,” Feldman said.

“He still taunts it and flaunts it.”

LAPD confirmed to the Daily News that they were “aware of the incident.”

The “Goonies” star has claimed for years that he and Haim, who died in 2010, were victims of child sexual abuse.

In his 2013 memoir, “Coreyography,” Feldman recounted the abuse of “Ron Crimson,” who now appears to be a pseudonym for Grissom.

Corey Feldman says he told police about pedophiles in Hollywood

“I had taken some pills, some concoction that Ron had made up … Ron came over and sat down next to me, a triple-X magazine in his hands … Ron started touching me, reaching across my thigh to the crotch of my pants,” Feldman wrote.

“When I woke up, he was on me, touching me, tugging on the zipper of my pants. I realized it was happening again.”

The child actor recently announced that he’s launching a $10 million fund-raising campaign for a feature film to out the other members of the “pedophilia ring.”

Seventy percent of people in jail haven’t been convicted of a crime. They just can’t afford bail. 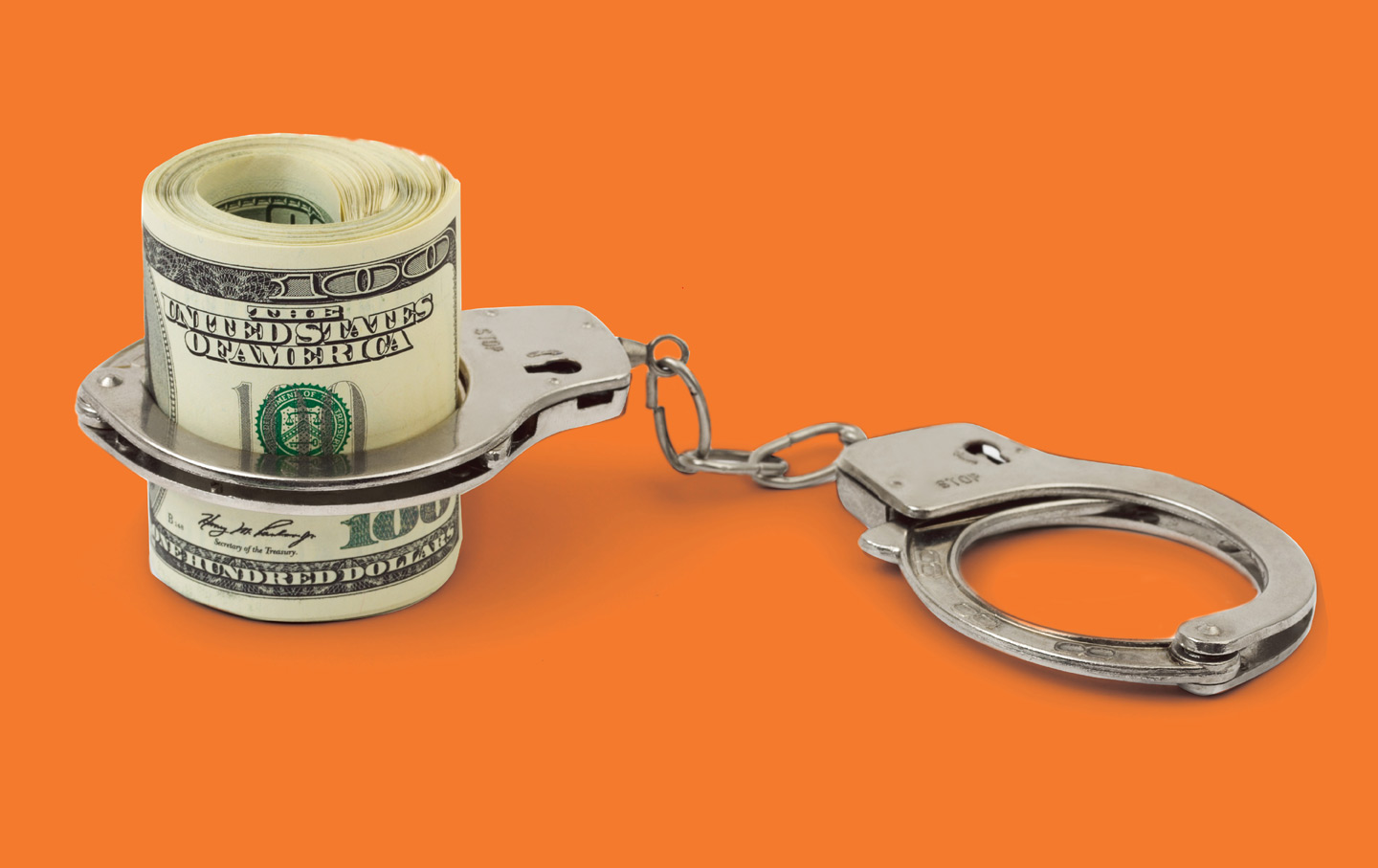 via The Nation – By Bryce Covert  On any given morning, some 20 people in orange jumpsuits sit in a pen in a courtroom at the Orleans Parish Criminal District Court in New Orleans, Louisiana. Most rest their handcuffed wrists in their laps; a chain connects the cuffs to shackles around their waists and ankles. They’ve been arrested for allegedly committing a range of offenses, from possessing drugs to stealing a girlfriend’s car to strangling a domestic partner. But at this point, none of these people have been formally charged with a crime, let alone convicted of one. As far as the law is concerned, they’re innocent.

END_OF_DOCUMENT_TOKEN_TO_BE_REPLACED via Activist Post – By Matt Agorist Multiple undercover sting operations across the United States were carried out this month targeting adult and child sex trafficking. The results of many of these stings netted hundreds of arrests—including doctors, pharmacists, high-level military officers, and law enforcement officers. Dozens of children were also rescued — including one as young as three months old.

“That’s the most we have ever arrested in the history of the sheriff’s office,” Sheriff Grady Judd said of his undercover operation in Polk County, Florida.

The sheriff is referring to the 277 people rounded up in “Operation No Tricks, No Treats” which started last Tuesday and ran through Monday.

END_OF_DOCUMENT_TOKEN_TO_BE_REPLACED

From Zerohedge – Whether in response to rising scorching tensions with the US, or simply to provide support for the ruble, on Tuesday Russian President Vladimir Putin instructed the government to approve legislation making the ruble the main currency of exchange at all Russian seaports by next year, RT reported citing the Kremlin website.

The head of Russian antitrust watchdog FAS Igor Artemyev, many services in Russian seaports are still priced in US dollars, even though such ports are state-owned. So, in order to “protect the interests” of dockworkers and their complyees with foreign currency obligations, the government was instructed to set a transition period before switching to ruble settlements.

The commercial sea port of Novorossiysk