The recent outbreak of Measles in New York City has led to a mandatory vaccination order by New York City Health officials.  Every “person” shall be vaccinated, with a $1000 fine for not following orders and possible imprisonment/quarantine.

That medical tyranny is taking place in New York City, State of New York, of all places, is no coincidence.   New York City is crossing the Rubicon, medically….  legally…   against basic human rights, for the “good of the globalists-collective.”  The medical leap can happen only because of the Legal Discontinuities of the United Nations.

END_OF_DOCUMENT_TOKEN_TO_BE_REPLACED

The United States is similar to a game of monopoly.  Lets look at how they are similar.

The United States is a governmental “monopoly” on its legal “territory.”

Each state, each county is a partition on the monopoly game board.

END_OF_DOCUMENT_TOKEN_TO_BE_REPLACED

So far, the majority of coverage of the Unmasking Antifa Act of 2018 is about how this bill relates to Antifa and other protesting.  This bill bans fascist tactics (violence to deny rights) when using disguises.  The other part of the bill grants immunity to “law enforcement” in executing the same fascist tactics against the people.

The bill frame fascist tactics by police as “lawful” despite everything that “law enforcement” does is purely legal and only under the color of law.

Put another way, “law enforcement” dressed in “uniform” disguises have total immunity in using violence to deprive the rights of people when protecting the United States when profiting personally from doing it (as a “job”).  The “law enforcement” is literally protected a fascist rogue corporation posing as the US Government, and is then given total immunity to act as fascists so long as “its a job.”

Everything that “law enforcement” does is outside the “lawful” realm and sits squarely under “legal fiction” and “color of law.”  Thus, so long as “law enforcement” (which is better called “legal enforcement”) can be framed a “legal and non-lawful” then this law can be used to prevent ALL LAW ENFORCEMENT from doing their job in using threats of violence and actual violence. 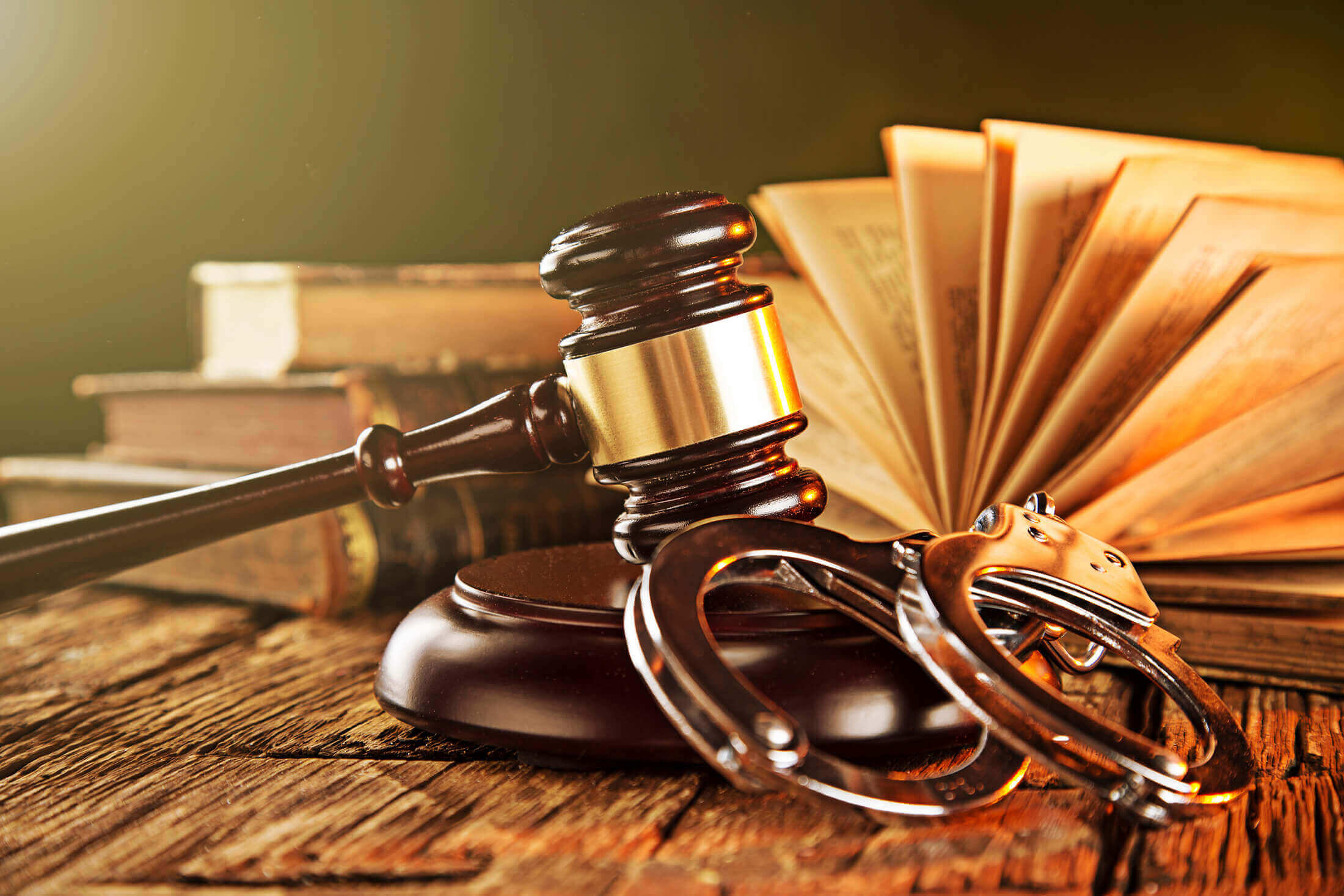 It has begun.  The New American Civil War.  It has been brewing since 1871, when America became a new corporation foreign to the States.

America is being torn apart by all sides, ripping at the seems, and glossed over by the corporate media.

Right vs Left, Black vs White, Men vs Women, Christianity vs Islam, Rich vs Poor, Immigrants vs Citizens.  These are all narratives designed by the Deep State/Cabal to divide us, and keep us distracted from the parasites.

The Deep State/Cabal has been controlling humanity (in varying degrees and ways) for millennia.  This is not a new phenomenon that started with Clinton, Bush, Obama, and/or Trump.  This started long ago.  It must be recognized that the President is actually the CEO of the Corporation called United States, Incorporated.  It renders governmental-like services, but is not actually a government.

What people want (rights, freedom, pursuit of happiness, capitalism, etc) is not the business model of the monopoly Corporation posing as governments.  Their business model is to ENFRANCHISE (read: create debt to represent) benefits for corporate simulacrum called legal presences.  These benefits are legally labelled “rights” but are not actually rights. There are no such thing as “civil rights” as they are merely indicating what the legal presences are capable of doing within their corporate business (like, monopoly game).

To recognize LGBTQ “rights” (benefits) is simply to create a new board game rule that allows certain business practices to be performed between two “artificial person” corporations called legal presences.  Marriage is a business for governmental corporations;  It weds not just the two “gendered” artificial persons, but it weds them to the state itself as another self-interested party.  Children are the product (for sale) of the MAN-ufacturing business of marriage created in the womb/crucible.

The divisions being propagandized (by the few who control all US media) is designed to sew fear…  designed like a magic trick to draw our attention away from the actual issues.

The Government -being a de facto United Nations Franchise- itself is the problem.  The United Nations gives all “governmental corporate employees” complete immunity in enslaving humanity by rendering slavery as a “corporate business service” of “governments.”

END_OF_DOCUMENT_TOKEN_TO_BE_REPLACED

New York City is the fourth sovereign city-state besides the Vatican, City of London, and DC. NYC has entirely been taken over by the United Nations. It is the City-State of Nations. The treaty that put the UN in NYC allowed the UN to expand -widen- their territory to Manhattan, NYC, and even the State of New York!

It came to be so important because Italy received official recognition as a Nation by the Vatican in the Lateran Treaty, and when Italy joined the UN, that details of what ITALY actually was under the Lateran Treaty changed into the “ITALY OF THE UNITED NATIONS”. exact words.  By substitution, the Vatican recognizes the United Nations.

The Paris Peace Treaty of 1947 -officially ending World War two- has many interesting aspects. Two of which are very important. Article 45 – the United Nations is referred to as a Government. not an inter-governmental agency. the UN is literally a government of governments. It is the Global One World Order and it started in 1945.

Article 78 refers to a UNITED NATIONS NATIONAL as any national of any UN member-nation. So. After World War two there was only One World Global Citizenship under the United Nations.   Unified.

END_OF_DOCUMENT_TOKEN_TO_BE_REPLACED

When people think of The United States, a common opinion might be the land or maybe a country.  These definitions are outdated by a half a century if not far more.  There are at least seven different definitions of the United States throughout history layered like an onion.

The most recent iteration was in the founding of the United Nations in 1945. The United States gave up its sovereignty, it’s government, and it’s country status to become a de facto United Nations Member-Nation Corporate Franchise.

It’s a Governmental Services Corporation.  The transition was seamless.

END_OF_DOCUMENT_TOKEN_TO_BE_REPLACED

Donald John Trump was born in the Jamaica Hospital, Queens, New York City on June 14th 1946 at 10:54 am Eastern Daylight Time.  About a year later, on October  31st 1947, New York City was turned over to the United Nations along with all of  its people.  All of New York city ;  not just their UN complex in manhattan.

END_OF_DOCUMENT_TOKEN_TO_BE_REPLACED

The United Nations doing business as the United States is a byproduct of the end of World War 2 and global domination by the Allies. Since 1948, the US Constitution has been prioritized as second to the United Nations Universal Declaration of Human Rights. UN dictates are passed through the Member-Nations which operates on “legal presences” as separate “artificial corporate persons” distinct from you as a non-legal natural person. The Legal Presence is otherwise known as the strawman.

END_OF_DOCUMENT_TOKEN_TO_BE_REPLACED 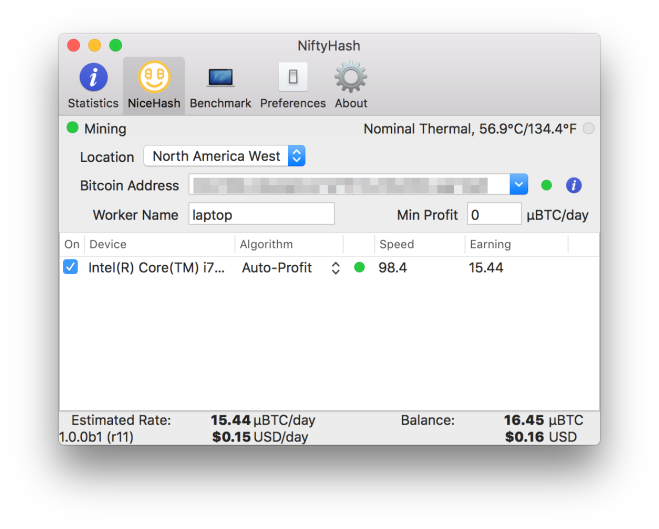 The first  beta release of a NiftyHash 1.0b3 is now available for download.  This is the first Mr. NiceHash specific client for the Apple Mac.  It supports all the typical functionality and adds a few new elements for usability.  This is a Graphical User Interface (GUI) for command line mining software.  This makes it easy to use your computer to mine.

END_OF_DOCUMENT_TOKEN_TO_BE_REPLACED

Third Wave Secret Space Program (SSP) whistleblowers blow the lid off Jump Room technology.  The official name for Jump Rooms are A.R.C.s “Aeronautical Repositioning Chambers.” One of the Jump Rooms was and possibly still is located at 999 North Sepulveda Boulevard, El Segundo, CA.  The numerology of 999 upside down is 666 ; which is in alignment with the dark cabal’s M.O.

NASA has had bases on Mars since 1964 according to whistleblowers and had up to 1,500 personal on the red planet.  ARCs are used to travel to Mars and back nearly instantaneously.  They apparently operate by quantum entanglement.

The “Solar Warden” SSP was formerly called “Project Mayflower” and have neutral buoyancy space ships with “anti-gravity” drives.  Barack Obama (aka Barry Sotoro) may have actually been an ARC Jump Room Astronaut half a century ago.

END_OF_DOCUMENT_TOKEN_TO_BE_REPLACED

There are several sovereign City-States around the world such as the Vatican City -which manages Trust franchises-, The City of London -which manages the debt as money franchises-, and the City of Washington DC -which handles power and human trafficking franchises-. There are other lesser known Sovereign City States that need more attention.  CERN with the Large Hadron Collider manages the Science franchises which can be covered in another post.  And here, the topic of this article, The United Nations encompasses the sovereign City-State of New York City and manages all legal franchises, from the courtrooms to legal presences to taxes to driver’s licenses globally.  Thanks to the United Nations, New York City is merely an illusionary aspect of the the United States.

The entirety of New York City has been taken over by the United Nations.  The effects of the UN takeover of New York City extend to every county in America and affects every Citizen on the planet.

END_OF_DOCUMENT_TOKEN_TO_BE_REPLACED 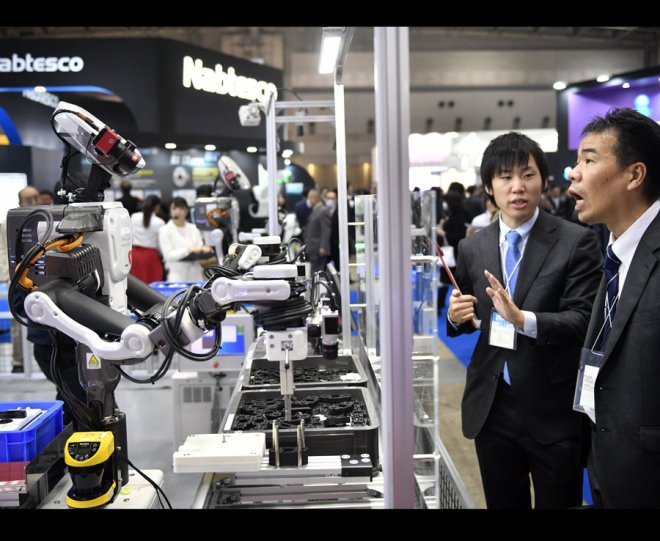 via Daily Star – AN AI programme is attempting to become the first ever virtual politician in the world.

“Unlike a human politician, I consider everyone’s position, without bias, when making decisions”   –Sam

Intelligent AI is sweeping the globe, with predictions a third of the US workforce could be replaced by AI in the near future.

Tech experts such as Elon Musk and Stephen Hawking have warned that intelligent AI is the greatest risk to the future of humanity.

But despite this, AI could now be set to move into politics.

END_OF_DOCUMENT_TOKEN_TO_BE_REPLACED

This is a phone call to the Social Security Administration Office Main Number 1-800-772-1213. It is to discover what kinds of identity documents are acceptable for the Agents’ Identity in a POWER OF ATTORNEY (POA) where applying for a Social Security Card (which IS the Principal -or at least one iteration of many *strawman* principals).

In the beginning, they deny POAs. A Legalism is then read for their compliance and then the SSA accepts POAs. The SSA is then drawn out on the carpet for trying to first refuse POAs… as that is “unauthorized practice of law.”

Q: “Do you Understand?”
slavery/surety A: “Yes”
authorized representative A: “I am overstanding.”